Effective April 8, 2021 Ontario is in a province-wide state of emergency and a Stay-at-Home order is in effect wide shutdown due to COVID19
Learn about the restrictions and public health measures that are in place.
Read more
Low
Tue, 13 Apr 2021 13:00:42 UTC

The accommodation and hospitably services sector comprises establishments primarily engaged in providing short-term lodging and complementary services to travellers, vacationers and others, in facilities such as hotels, resorts, motels, bed and breakfast accommodation, and housekeeping cottages and cabins This sector also comprises establishments primarily engaged in special events, transportation, and any other activities, services, and facilities directly related to tourism. 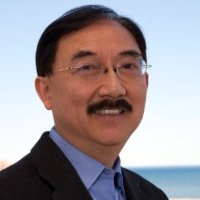 Getting Started
It’s been over 20 years since builder and developer Larry Law first purchased the Cranberry Village property in Collingwood, Ontario, and despite its recent growth the resort wasn’t always guaranteed to succeed.

“We lost a lot of money the first few years, and that was definitely a challenge,” Law said from his office inside the multi-million dollar Living Water Resort and Spa. “But I had faith in this project.”

Law first purchased the Cranberry Inn in 1992, as part of a larger land deal that included the local golf course and a large swathe of land for real estate development. While Law didn’t have any prior experience with hotels or the hospitality industry, a family trip to the area to relax on the shores of the Georgian Bay had him convinced of the regions potential, and it wasn’t long before he started to make substantial improvements to the hotels accommodations and infrastructure.

“We started with 76 rooms, but they were quite deserted,” Law said. “There was not much going on here.”

Part of what attracted Law to the Collingwood area was the strong services and attractions already in place. A strong downtown core consisting of shops, a hospital, a library and live theatre, combined with a central location that was not too far from Toronto but close to the ski hills of Blue Mountain and the beaches of Wasaga made Collingwood ripe for tourism.

“Collingwood isn’t in the middle of nowhere,” Law said. “It’s important for people when they travel that they don’t want to be isolated.”

Why Collingwood?
An emerging market of baby-boomers reaching retirement age fueled a turn in fortunes for Cranberry Resort in the early 2000’s, leading to further expansion of resort amenities and the groundwork for a new addition, the Living Water Resort and Spa. With new phases of the Living Water building being completed in 2014 and 2015, the Resort in its entirety now boasts nearly 400 total rooms and roughly 400 staff, and serves as accommodations to tens of thousands of golfers, skiers, families and travellers each year.

“I always envisioned that this place was really good for families, and I still believe that strongly,” Law said. “In Toronto you are trapped in the concrete jungle, so you don’t see Mother Nature. Now, here, you can see outside and you see the sky, the trees, the water, and I think all of these things are very inspiring.”

Law is a devout Christian who believes in what he calls a “purpose-driven” life, something that shows in the way he runs his business. Besides charitable donations to the local hospital, library and Georgian College, Law spent time in Paraguay in late 2015 funding and building a foster home for homeless children, and Law, together with his wife and children, have been to Cambodia, Burma and China in the last 10 years to offer teaching in education, servant leadership and organization build up. Law also runs an annual charity golf tournament at the resort each summer.

“Happiness is based on something you achieve today – you’ve had a good meal, or a good time with friends, but that only lasts for a little while,” Law said. “Joy is created by feeling good about yourself, and how you feel good about yourself is by being generous, being nice, and being helpful, having compassion, having strong relationships with the people around you, and having a positive influence on others – that what I call joy.”

Law is also a vocal advocate of treating his employees with respect and compassion. Annual staff events like the team-based Amazing Race and Christmas parties are fixtures on the Cranberry calendar, and volunteering opportunities such as a charitable Christmas dinner for the less fortunate give staff a chance to give back to the community that has supported Cranberry Resort for so many years. Law also provides a “caring fund” for staff members who have run into financial emergencies and also provides staff housing units that are available at below market rates.

“We run the business not only on dollars and cents, but at the same time we also raise our employees up – we are here to care for you as a person, to care for you as a family member, and our management team is here to grow with you” Law said. “We believe that in running a good business you take care of the staff, and the staff will automatically take care of the guests.”

This approach has been working well for Law, as evidenced by the 2015 Certificate of Excellence from Tripadvisor and a strong base of returning clientele.

Looking to the Future
The future looks bright for Law and Cranberry Resort, and the coming years will see additional growth the resort facilities. A new 160-seat waterfront restaurant accompanied by a 5,000 square foot spa are expected to open in early April, and Law says the Living Water Resort will continue to grow with the addition of the final wing of the building in the coming years.