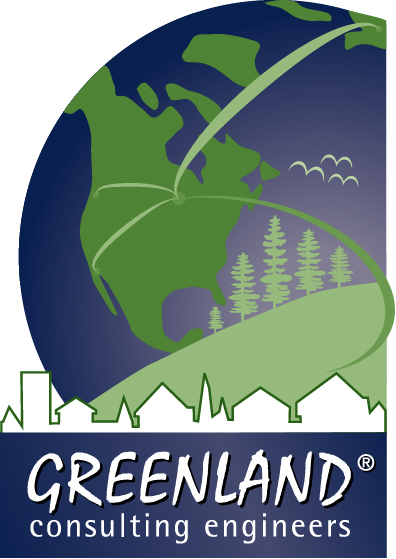 A cornerstone in the Business and Professional Services sector in Collingwood, the Greenland® Group joins environmental ethics with business in their clean energy and land development engineering projects. Owned by Mark and Jane Palmer, as well as other business partners and employee associates, the Greenland® Group is a family business with strong roots in the local community, and a love of the beautiful natural environment of South Georgian Bay. Offering a range of consulting services from integrated watershed management and infrastructure design to landscape architecture, full-service engineering to information technology, the Greenland Group® is a public-private partnership with an environmental focus.

Getting Started
Greenland® was launched in Collingwood in 1994 with a mission to provide sustainable solutions that will preserve the natural environment. Mark Palmer joined Greenland® as a senior partner in 1999, and he and his wife Jane purchased the company’s assets in 2003, and have carried on this conservationist tradition and ethic. Harnessing cutting edge technologies and scientific advancements, Greenland® is a leader  in the field of  engineering professional services, and an innovator in the development of ‘cumulative effects’ tools and Internet decision support systems.

Starting out as a small-scale operation in Collingwood, Greenland® has expanded to include additional offices in Waterloo and Brampton North. The company continues to grow, this time outside national borders: in 2012 the company expanded its consulting services by establishing partnerships in the United States, South America, the Pacific Rim region, and Europe.

Why Collingwood?
From mom & pop shop to international mogul, Greenland® maintains its family origins and sense of community. Mark and Jane run their rapidly growing business out of Collingwood, where recreation and business go hand in hand. Former Coach and General Manager for the Collingwood Minor Hockey Association (2004-2007), Mark has always been an involved member of the local community. In 2010 Mark and his staff organized a “Big Bike Campaign” for the local branch of the Heart & Stroke Foundation. A mecca for winter sports and cycling trails, Collingwood has been home to Mark and Jane for over 20 years, and is the place they chose to raise their two sons, Andrew and Eric, who now both work for Greenland®.

Looking to the Future
Interested in furthering research and development in their areas of expertise, in 2013 Greenland® initiated a joint venture with the University of Waterloo’s Computer Systems Group, entitled “Watershed Atlas Systems.” The team successfully secured financial support from the Communitech Hub’s ‘DATA.BASE Program’ for this project. Through collaboration, Greenland® has become a member of the Communitech network, a web of organizations that have been referred to as “Canada’s Silicon Valley.”

Recently, Mark was invited to attend by the National Research Council of Canada to attend an international symposium in Paris. The Greenland® Group was 1 of 14 Canadian companies represented at this global networking event. Read more about the Greenland story here. As a result of the symposium, Greenland® has partnered with Lund University (Sweden), European public and private sector organizations, University of Waterloo and Canada’s insurance industry to develop a new integrated climate change impact and water resources engineering platform. Pilot application test sites will include participating municipalities from the County of Simcoe (Ontario), Spain, France, and Sweden.

As an ethical company that supports and mentors its employees, Greenland® promotes diversity in both its business practices and training programs. In addition, the company has established many trusted relationships with Canada First Nation communities and is continuing to forge new bonds. Embodying innovation, efficiency, and professionalism, Greenland is a glowing “Success Story” from the heart of South Georgian Bay.

Find out more about the Greenland® Group at grnland.com 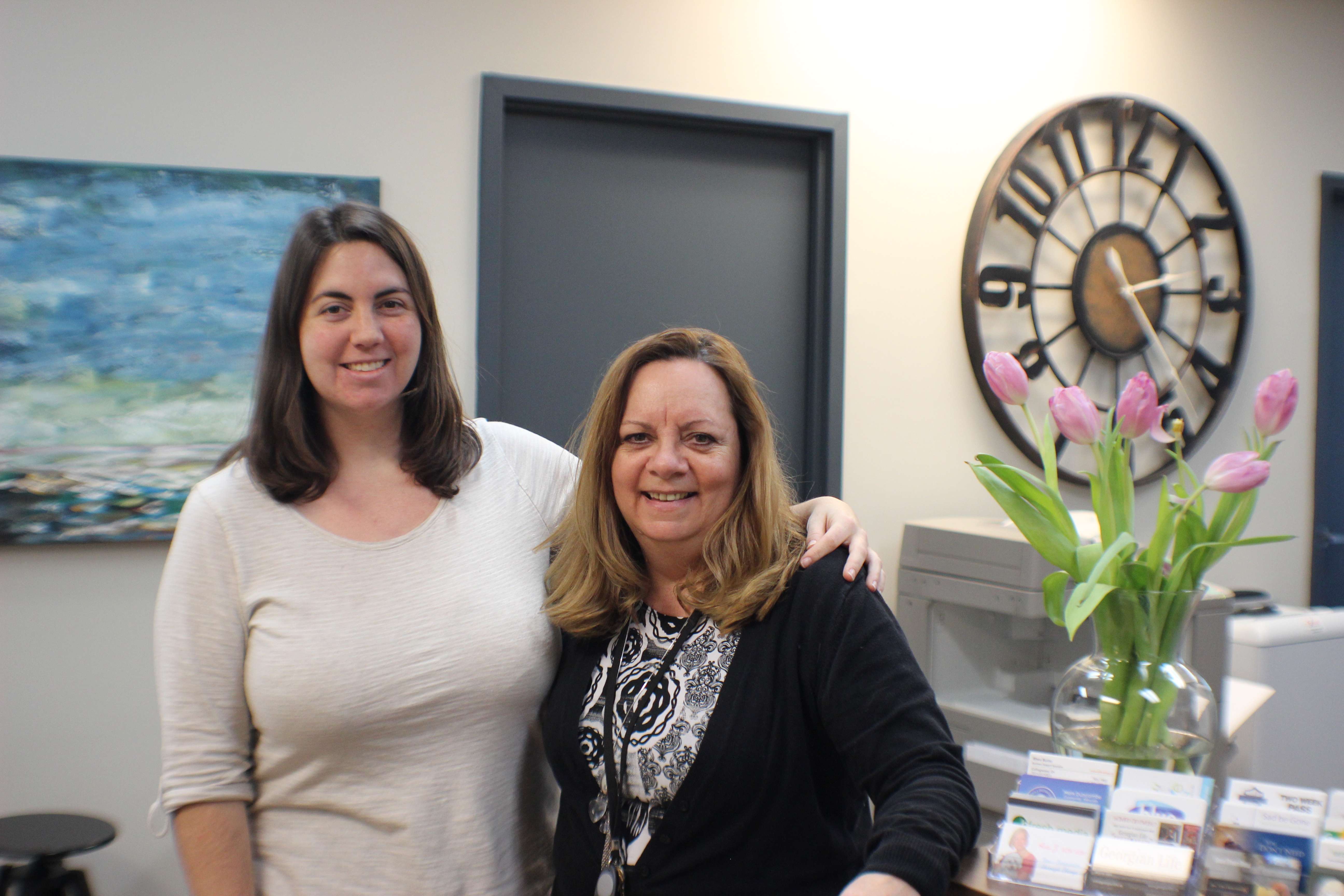 The Clever Office is the first of its kind in the Georgian Triangle offering a professional community work environment. As a Baby Boomer & Y Generation Team, Rhea Burns and Stefanie McManus offer a complimentary mix of experience, skills & attitudes that appeal to a wide range of entrepreneurs, professionals, remote employees & start-up companies. Their love of Collingwood shows in the 1800+ square foot shared office, from the 25-foot historical mural of Collingwood & replica gas lights in the co-working space, to the colour pallet and artwork that is representative of Georgian Bay in the Private Offices, Meeting Room & throughout the whole office.

Getting Started
The Clever Office opened its doors on March 1, 2015 with a mission to provide a great professional space to work and meet in a collaborative environment, with all the bells and whistles of a corporate office at a fraction of the cost. As the community grows, so will the programs & opportunities for small businesses to grow within the walls of The Clever Office. Our members leverage each other in this coworking community and find the resources & support they need to grow their business in a collaborative environment. When dreaming and contemplating opening Rhea and Stefanie discovered the concept of The Clever Office was already an international movement called Coworking.Rhea opened her first business in 2009 called Officeology where she still provides bookkeeping and administrative assistance to small businesses. When she started Rhea worked in clients’ home offices, commercial offices and in her home office. What she learned was that entrepreneurs, work-at-home professionals and start-ups had no one to bounce ideas off, learn from, to teach to, and that working at home was isolating and the distractions were plentiful. Even those with offices still worked in isolation and found productivity and accountability to be a challenge.

Since starting Officeology and learning about these kinds of challenges Rhea and her daughters have often spoken of building a shared workspace where community trumps competition, where skills and knowledge are shared; a place to collaborate and connect. Three years prior to even opening Rhea had the online .com’s for The Clever Office and had her sights set on opening the doors.

Why Collingwood?
Rhea had been visiting Collingwood for 20+ years, while working and living in Toronto. Like many Collingwood residents, she became tired of the pace of the city and was looking forward to new adventures, to be near the waterfront and enjoy the awesome walking and biking trails. Rhea enjoys the people in the community of Collingwood, and since moving here has joined many networking groups, supports a few baseball teams and enjoys the four seasons of Collingwood.

Meanwhile, Stefanie decided to make some changes of her own. Collingwood and The Clever Office promised to give her the freedom and creativity that entrepreneurs enjoy, along with the hard work and challenge she craved. Something that she felt the corporate atmosphere didn’t provide. Stefanie came on board to contribute to the vision of The Clever Office in early 2014 while still living in Orangeville. She made the move to Collingwood mid-2015 where she enjoys the lifestyle that Collingwood offers.

Looking to the Future
“Our vision for the future includes expansion of our space and skilled services provided to small, mid-size and large businesses. We’ve determined that Phase two of The Clever Office will see more offices and a large conference room. Phase 3, 4, 5, etc. is an on-going discussion! As we grow we’d like to offer more services and support for start-up companies to help new entrepreneurs achieve their goals. We believe that a strong community of entrepreneurs’ is vital to Collingwood’s sustainability and growth.”

Find out more about the The Clever Office visit www.thecleveroffice.ca 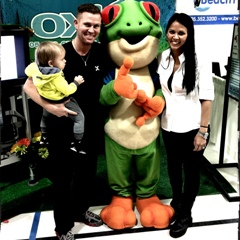 Getting Started
Two years ago, after the sale of their home in Bayfield Ontario and expecting their first child together, Vanessa and Steve walker decided to make a change. With the kind of business they operated, they knew they could move anywhere they chose. They chose Collingwood since it seemed to be an ideal location for them to both raise their son, and operate their business.

Originally their business was Pressure Washing and Gutter Cleaning, and when they moved to Collingwood, they added their Ontario Certificated and Licensed Pest Control utilizing the best in Integrated Pest Management practices.

The environment-friendly products used in the services of Oxisix are vitally important to the health and safety of the community. Vanessa says they are driven by the desire to be the best at what they do; striving to provide Collingwood and surrounding areas service that is dependable, reliable and effective. They pride themselves on offering industry leading response times, whilst ensuring not to overbook thereby providing a thorough service every time that is not rushed. Oxisix serves both the residential and commercial market, and their 90 day satisfaction guarantee keeps the clientele base growing!

Why Collingwood?
The numerous activities available to a family year round, makes Collingwood a great place to raise a family. “We’ve met a lot of amazing people here in Collingwood, and our customers and fellow business owners have been very welcoming to us. We are very blessed to be part of such a connected and supportive community,” says Vanessa.

Looking to the Future
Both Steve and Vanessa work on a daily basis in growing and expanding Oxisix. In 2016 they will be launching franchise opportunities beginning in 2018. They will continue to seek out the most leading edge environmental friendly products and industry trends. Additionally, Spring 2016 will see the opening of their Licensed Granular and Weed Control Lawn Care Services. They have a clear vision for the expansion of their business and are excited to see their future unfold in Collingwood. Visit http://www.oxi6.com/ for more information.