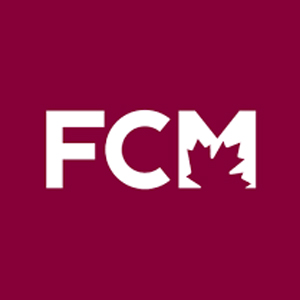 Councillor Kathy Jeffery was re-elected to the Federation of Canadian Municipalities' (FCM) National Board of Directors and joined municipal leaders from across the country at FCM’s 2019 Annual Conference to deliver a united message to the federal government: Support for local governments is critical to delivering results for Canadians.

“Whether it’s better roads, transit, housing or water systems, local governments are building better lives. We make the most of the tools available, but the upcoming federal election needs to empower us to get even more done for people in Collingwood and for Canadians across the country,” said Councillor Jeffery.

Held in Quebec City, Quebec and themed Building Better Lives, this year’s conference showcased the power and influence of local government by bringing together 2,100 delegates representing communities from across the country. At the conference, attendees shared ideas about how to improve lives in their own communities.

The conference also provided opportunities for delegates to bring their diverse realities to discussions of some of Canada’s most pressing issues, including housing affordability, national broadband and transit. Local leaders also explored ways to advance energy infrastructure while protecting the environment.

“I was inspired to see thousands of local leaders so energized and engaged,” said incoming FCM President Bill Karsten. “The mutual respect and common experiences our delegates shared provided those in attendance with a deeper appreciation of their colleagues’ work and an enriched understanding of our country.”

“We’re the governments closest to people’s daily lives,” said Councillor Jeffery “My colleagues and I left this conference united and determined to use the next federal election to drive the quality-of-life and economic progress Canadians deserve. And we’ll work with every party to make those lives better and more affordable.”

The Federation of Canadian Municipalities (FCM) is the national voice of local government, with nearly 2,000 members representing more than 90 per cent of Canadians.

Councillor Kathy Jeffery has served on the National Board of FCM seven one-year terms since 2006. While an advocate for local priorities that benefit all Canadian communities, Councillor Jeffery has prioritized keeping Collingwood Council and Town Staff up-to-date on funding and resource opportunities through FCM.  Collingwood has received significant government funding such as the Federal Gas Tax Revenue and the Green Municipal Fund as a result of FCM's advocacy work.