Teaching of the Seven Grandfathers

The Teachings of the Seven Grandfathers are an ancient Anishinaabe/Midewiwin teaching on the ethics of proper behaviour and conduct or ‘the good way of life’.

Of all the North American Indigenous teachings, the Seven Grandfather Teachings are the most commonly shared and there are many versions. For thousands of years, these teachings were passed down from generation to generation through stories and ceremonies. In his book, Ojibway Heritage, Anishinaabe writer, storyteller, teacher and scholar Basil Johnston, explains that Anishinaabe stories are "flexible in nature and scope and are often best narrated so that the teller can use their skill and imagination to impart any level of meaning for the audience." (p 8) We hope you will imagine listening to a gifted storyteller as you read these traditional teachings of the Anishinaabe people and let your curiosity delve you deeper into learning about their history, culture and lives today. "But it is not enough to listen to or to read or to understand the truths contained in stories; according to the elders the truths must be lived out and become part of the being of a person". (p 7) 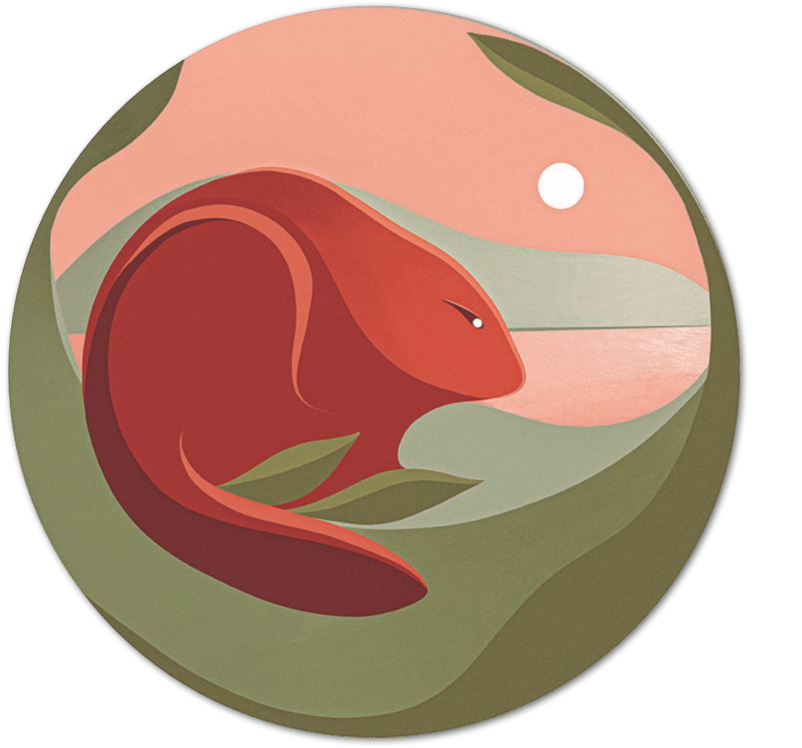 To cherish knowledge is to know Wisdom. Wisdom is given by the Creator to be used for the good of the people. In the Anishinaabe language this word expresses not only Wisdom but also prudence or intelligence.

Wisdom is represented by the Beaver who uses its natural gifts wisely in order to survive like cutting logs and branches with its sharp teeth to build lodges and dams. 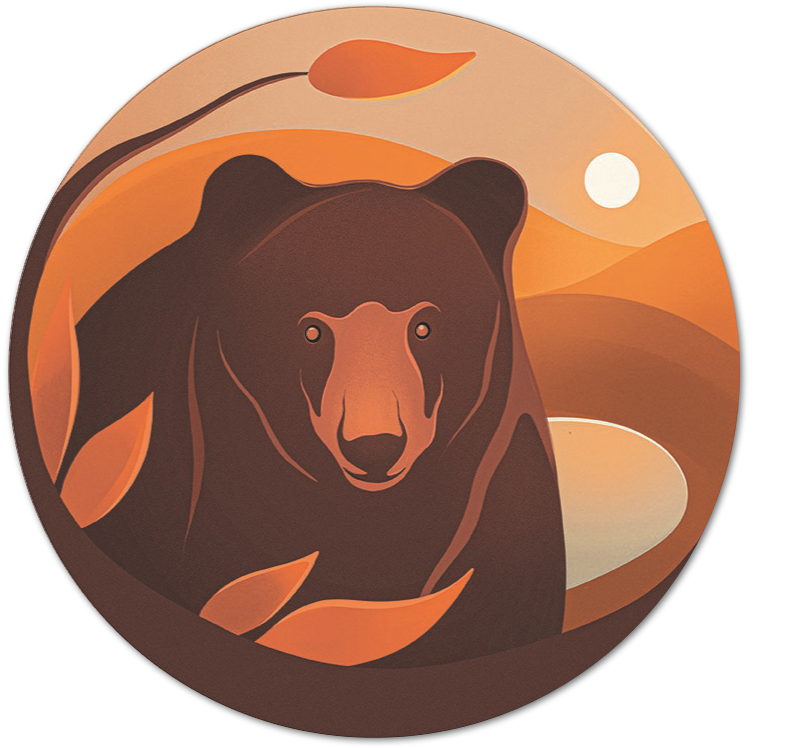 Bravery is to face the foe with integrity. In the Anishinaabe language, this word literally means “state of having a fearless heart.” To do what is right even when the consequences are unpleasant.

Bravery is represented by the Bear. When caring for and protecting her young, the mother Bear has many challenges and she uses her courage and strength to stand up to her fears. 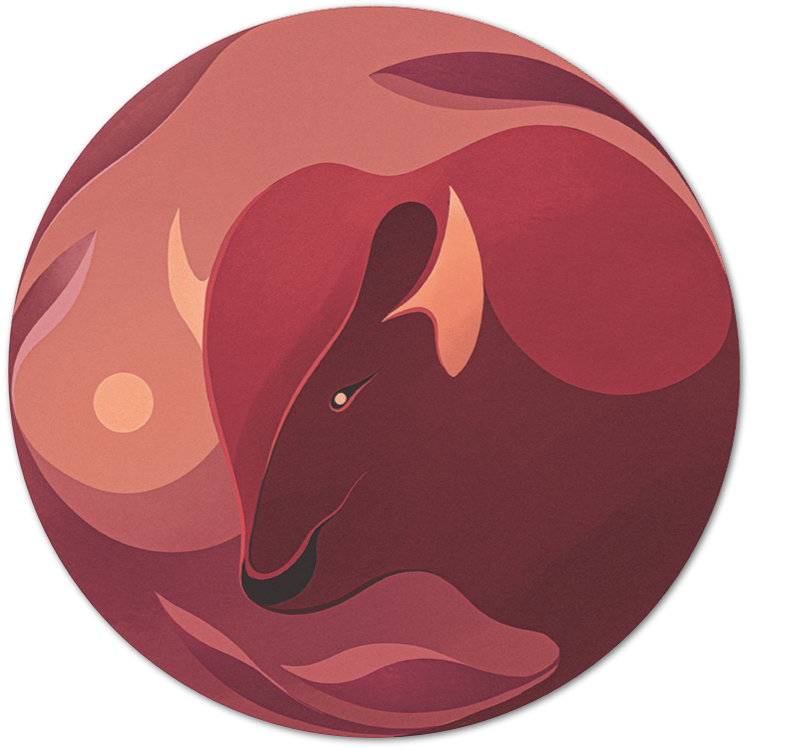 To honor all creation is to have Respect. All of creation should be treated with Respect. You must give Respect if you wish to be respected.

Respect is represented by the Buffalo who at one time was a significant resource for Anishinaabe people, giving every part of itself to sustain human life for food, clothing and shelter. 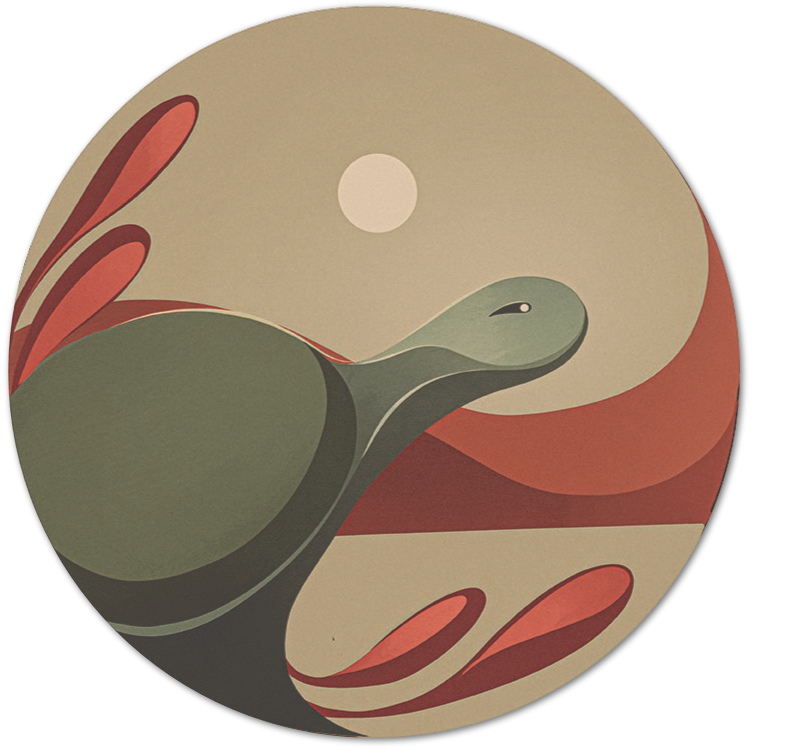 Truth is represented by the Turtle. Teaching of the Anishinaabe convey that the Turtle was here during the creation of Earth and bore the weight of the new world on its back, making life possible. By living in a slow and conscientious manner, the Turtle knows the value of both the journey and the destination. Truth is to know all of these things. 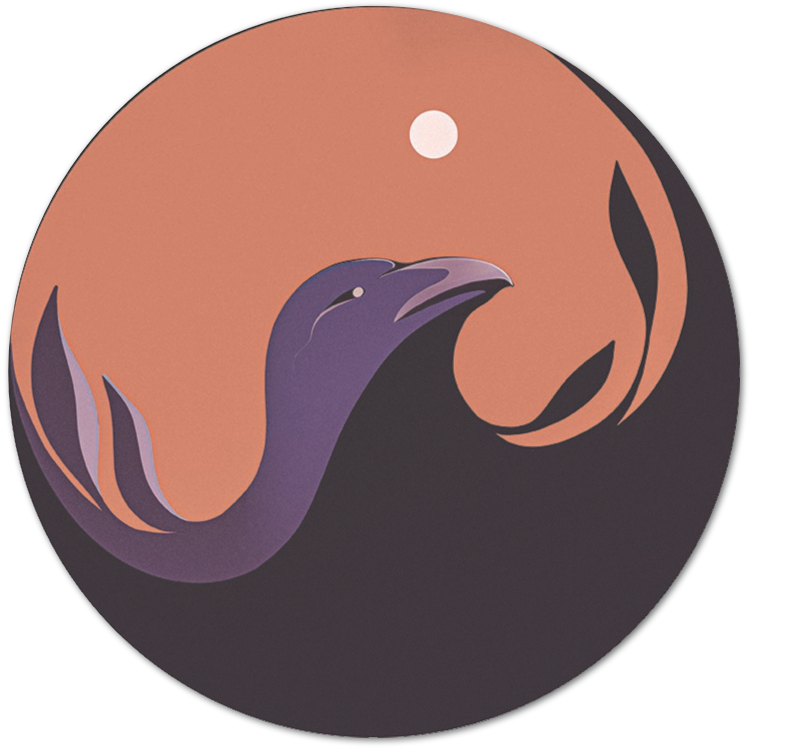 Honesty in facing a situation is to be brave. Always be Honest in word and action. Be Honest first with yourself, and you will more easily be able to be Honest with others. In the Anishinaabe language, this word can also mean righteousness.

Honesty is represented by the Raven. The raven knows his gifts and how to use them and accepts himself as he is. He does not look to have the gifts of others such as power or beauty but rather uses his own abilities to the the fullest. 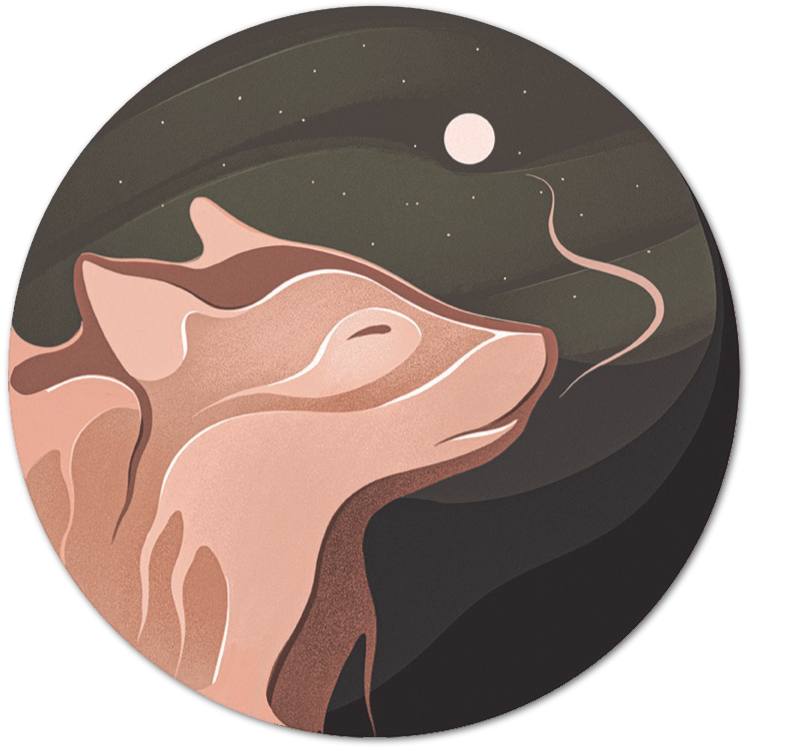 Humility is to know yourself as a sacred part of Creation. In the Anishinaabe language, this word can also mean compassion. You are equal to others, but you are not better.

Humility is represented by the Wolf. Wolves are social animals that live in packs. Their nature is to seek life long bonds, work in cooperation with each other and for the greater good of the pack. 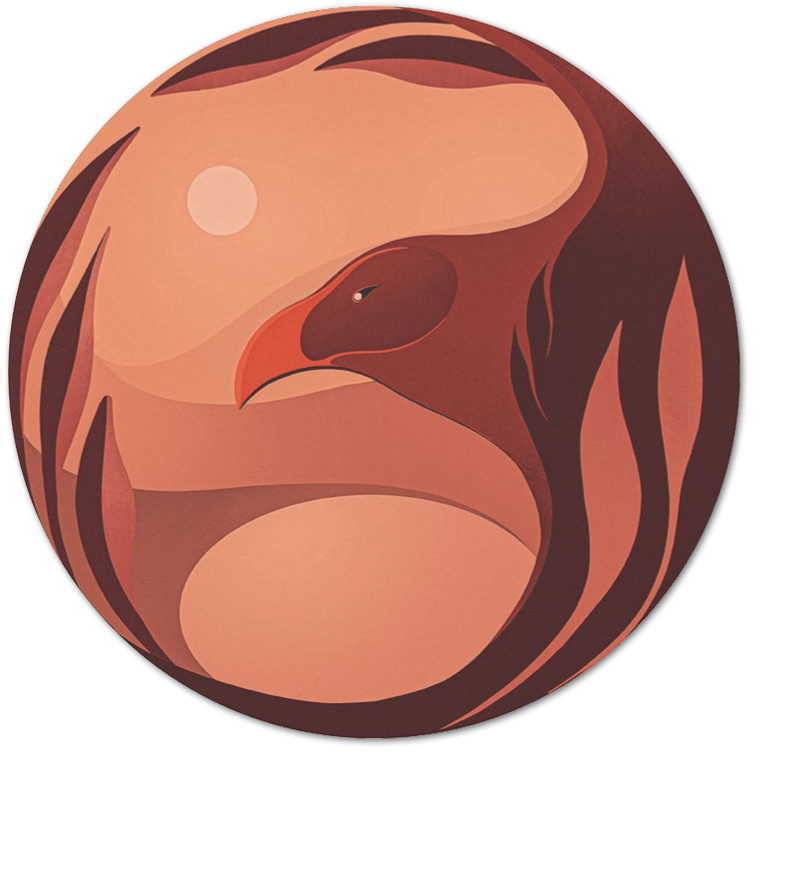 To know peace is to know Love. Love must be unconditional. When people are weak they need Love the most. In the Anishinaabe language, this word with the reciprocal theme /idi/ indicates that this form of love is mutual.

Love is represented by the Eagle. Teachings of the Anishinaabe convey that the Eagle represents love and he carries all the teachings. The Eagle can travel over great distances and to great heights, seeing across the four directions and flying nearest to the creator. An Eagle feather is considered an high honour and a sacred gift. 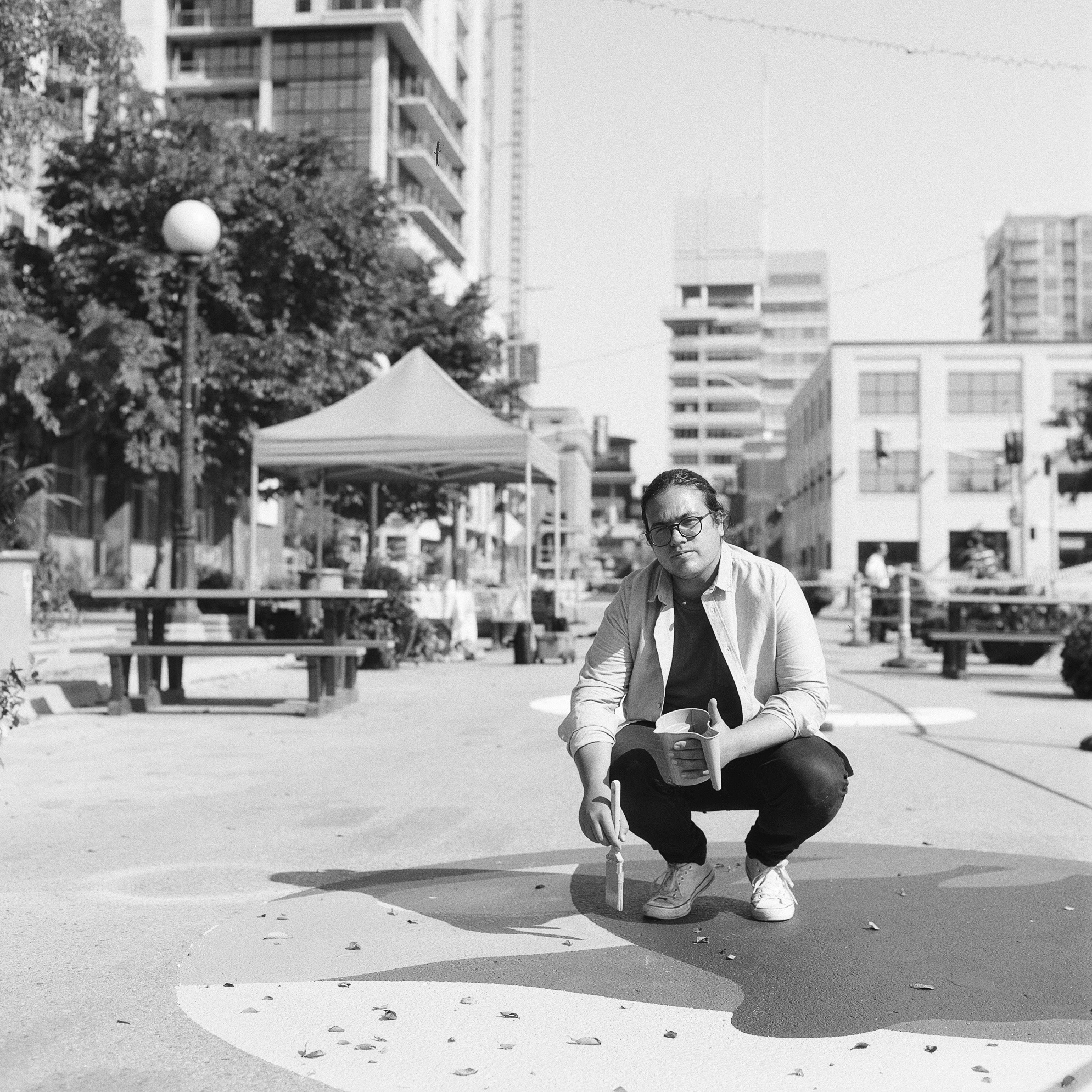 Luke Swinson is an illustrator and muralist who grew up in Collingwood and currently lives in Kitchener, Ontario. A member of the Mississaugas of Scugog Island First Nation, Luke’s work reflects his desire to better understand and reclaim his Indigenous culture. He seeks to promote cultural education and preservation through his art projects.

Having been raised around computers, Luke is primarily a digital artist and enjoys using non-traditional methods to express himself creatively. He is mostly self-taught but has been mentored and encouraged by his Father. Luke uses flowing lines and bold colours to convey the spirit and life of the subjects he illustrates. He is inspired by current and past Indigenous artists, the Ontario landscape and the wildlife that inhabits it. @LukeSwinsonArt

Information in italics about how each animal embodies the Teaching was sourced or cited from Anishinaabeg Bimaadiziwin: An Ojibwe Peoples Resource, Obijwe Teachings, 01/12/2021, https://walkinginhermoccasins.org/wp-content/uploads/2018/02/Ojibwe-Teac....